Hey everyone! Sorry you didn’t get your usual Tuesday morning post today! Things have been a little bit crazier than usual for me lately. But never fear! It’s still Tuesday here in Washington and it’s time for a Halloween update!

So a few weeks ago, Cobalt and I went to pick pumpkins for Halloween. This patch was awesome! There were perfect pumpkins in every direction! And we got to clip our favorites off the vine! How could we pick just two? We couldn’t. We brought home three delightful pumpkins.

Fast forward to last weekend: Cobalt’s and my friend L was in town. So we asked him if he wanted to come over and carve pumpkins with us. Obviously he said yes. Carving pumpkins is the best. Success – three pumpkin carvers for three pumpkins!

So I present to you a photo gallery of our happy jack-o-lanterns this year:

First up we have L’s pumpkin “Derp-face.” I can’t get over the eyes. :D 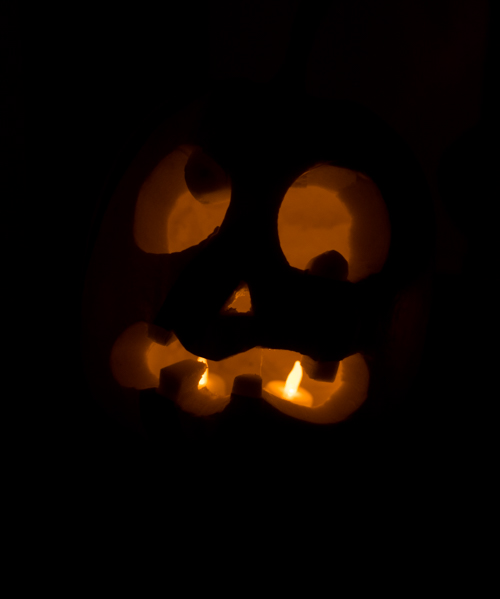 Next up, Cobalt made the pumpkin featured in the first Halloween movie. It looks almost traditional but then it gets a little creepy the more you look at it. 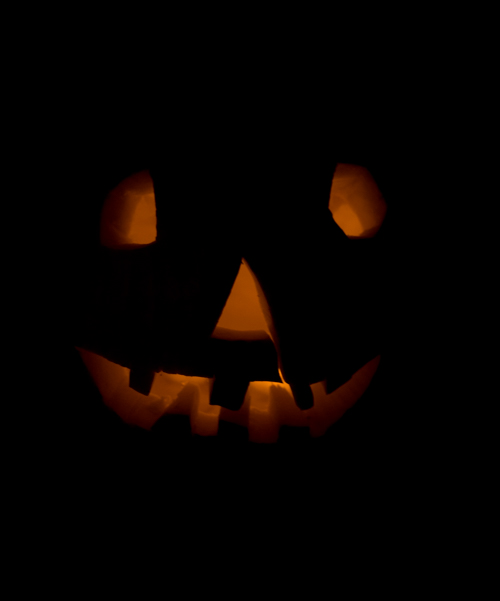 Finally, you know the demon fish pumpkin is mine. I’ve been carving shark/fish pumpkins for a few years now and I have to say, I really like this guy.

I like him so much that you get an extra picture of him. 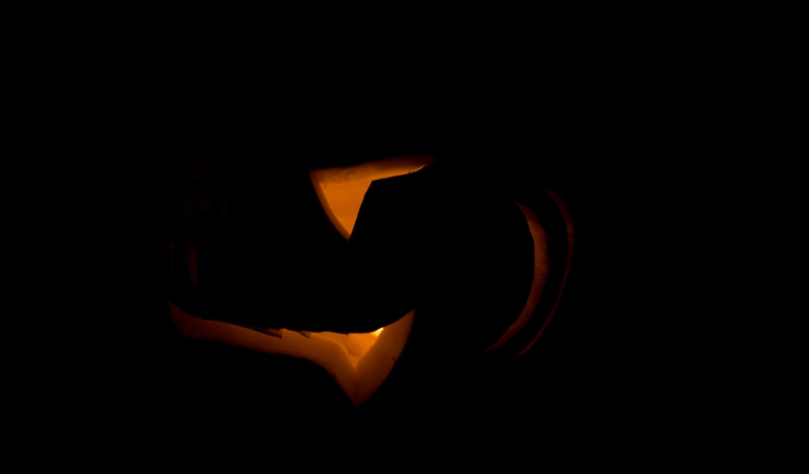 In addition to carving pumpkins, Cobalt and I went to Scaregrounds last weekend. It consisted of three haunted houses at the fairgrounds (get the name now?)! Unfortunately we were only able to go through one of them, called “Blackout.” It was pretty dark in there and they gave us one glowstick for the six of us. The ghosts kept stealing it but then somehow sneaking it back to us, which was amusing. My favorite part was that our friend K started the haunt by announcing things like “there’s a trap door in here so… fair game…” Then we just started saying “fair game… fair game…” every time we turned a new corner. By the end, the ghosts were screaming “FAIR GAME” back at us. Heh heh heh. It was good though. Especially because that’s not something I normally do.

Did any one dress up for work today? I didn’t go too crazy but I definitely wore some extra ears all day. 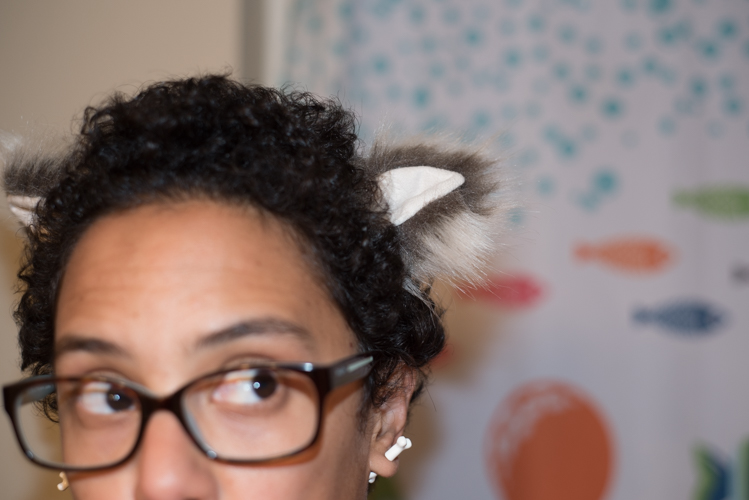 So now it’s your turn. Tell me about your Halloweens! Any ridiculous weather? Any hilarious costumes? I saw some good ones on Twitter today. Any plans for Dia De Los Muertos tomorrow?