I was craving croissants.

I really wanted to eat something buttery, crunchy, and flaky. And yet, most croissants that I have found, while delicious, fall short of that description. So I decided to try to make my own!

Now croissants are crazy flaky because they’re made out of puff pastry, which is basically flour and a LOT of butter folded over and over and over onto itself to make those layers we so appreciate. You can buy puff pastry at the store but I wanted to make my own. It takes a while because you have to keep the butter cold. So a typical recipe has you do a fold, then put the dough in the fridge for 30 min to an hour to chill the butter before you fold it again. It’s a lot of waiting. I decided the weekend would be the best time to try it.

Cobalt and I have Mark Bittman’s How to Cook Everything book so I decided to start there. I spent Saturday evening rolling and folding the dough, as per Bittman’s suggestions. Then I put it in the fridge overnight so I could make toasty croissants for Sunday morning brunch.

On Sunday, I rolled out and shaped the croissants. They looked good. Check it out. 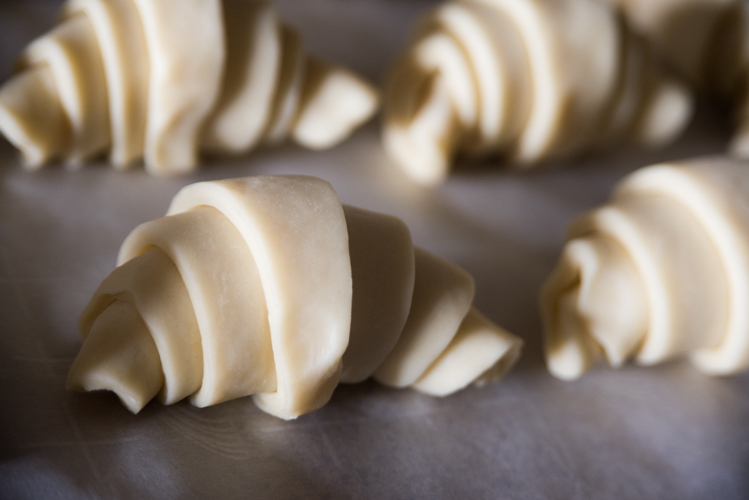 Then I popped them in the oven. After about 25 minutes, they looked golden brown and pretty. 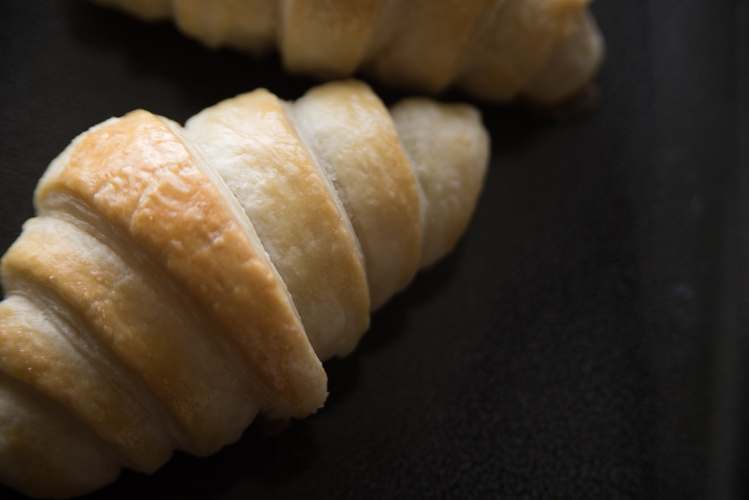 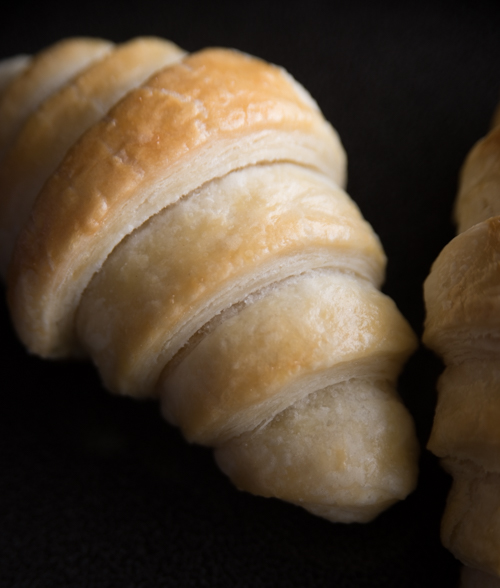 Though they looked pretty, they felt kind of weird. They were heavier than I thought a croissant should be. Could be okay still though. It came down to a taste test.

The inside was a disaster. They were still raw in there! I wonder if I made them too big. But also, they didn’t really taste great.

I went on a mission for a new croissant recipe. And I found this one by The Great British Bake Off’s judge Paul Hollywood.

So I went to the store and gathered some more supplies (these things need a lot of butter). And then I started on the recipe.

Hollywood’s recipe has yeast in it, which I took to be a good sign. Croissants that have risen maybe wouldn’t be as dense as the Bittman ones were.

This recipe was a little more complicated than the Bittman one. First of all, the ingredients were listed in grams instead of our American cups and teaspoons. But that’s okay! I have a kitchen scale. I pretended I was back in the lab: I tared the scale and then weighed out the exact amounts of my ingredients.

The recipe also called for “caster sugar,” which is apparently superfine sugar. Our store had sugar and powdered sugar (which is superfine sugar with cornstarch in it), so I had to make my own caster sugar. I took regular sugar and put it in the food processor. Voila. Superfine!

Then all of Hollywood’s measurements were in centimeters instead of inches. I’m not great at guestimating centimeters, so I borrowed my measuring tape from my sewing kit.

Finally, I had some drama getting the butter the way Hollywood described it. But at last I got the dough to its stopping point and let it rest overnight in the fridge.

On Monday morning, I rolled out the dough and shaped the croissants. Not bad! 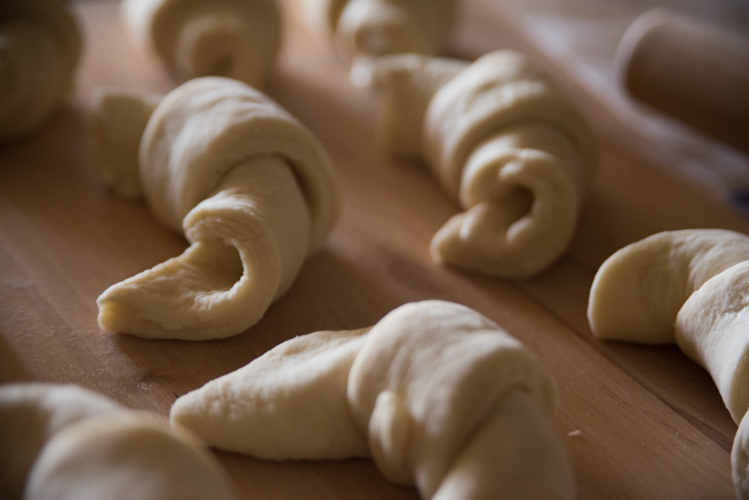 These ones were smaller than the Bittman ones but they also had a two-hour rise before I baked them. They puffed up! 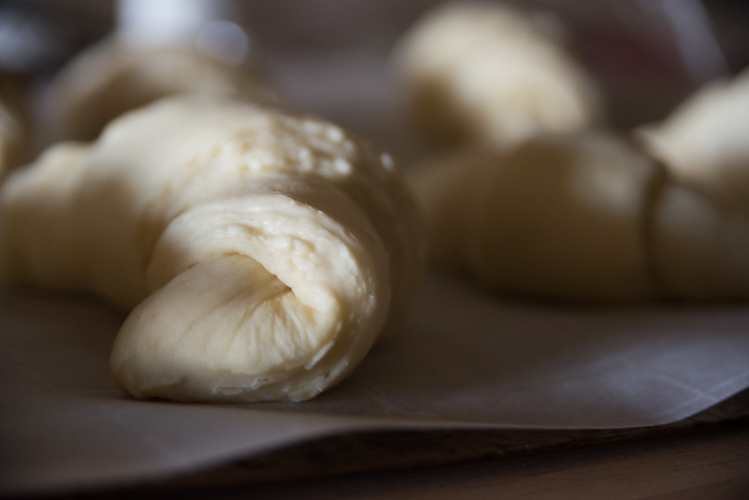 And then they puffed up even more even more in the oven. Oh man. They looked and smelled so good. Plus they were light and super flaky! 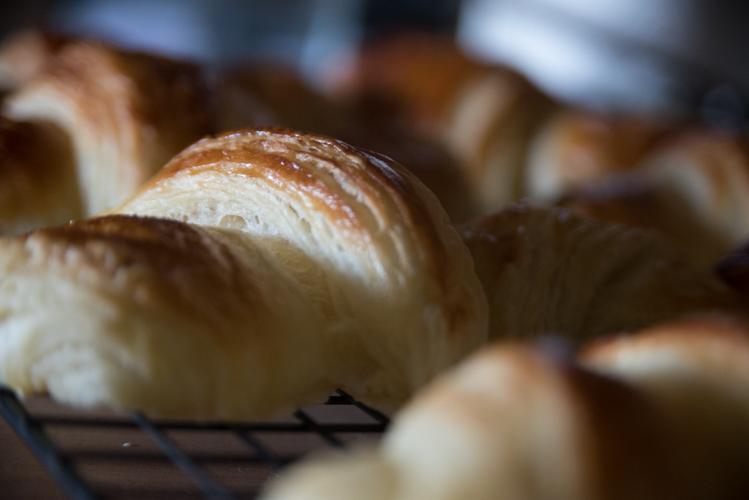 Time for a taste test. Looks like Cobalt likes them! Yummmmm…. 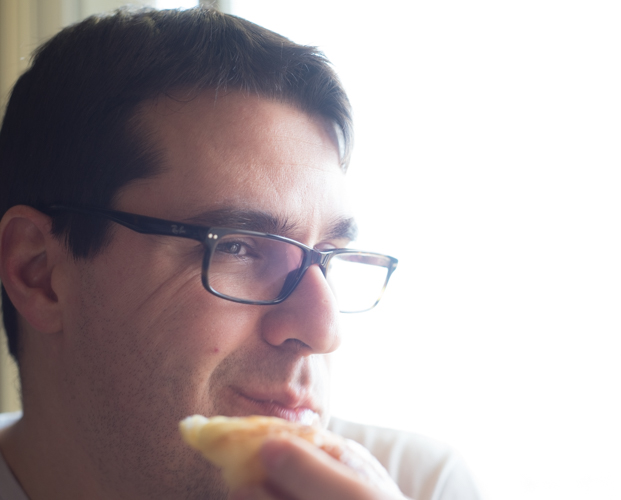 I really like making puff pastry dough (minus adding the butter to the Hollywood recipe, which made me infuriated). There’s something so relaxing about rolling out and folding this dough. Especially with the Hollywood recipe because it smelled so good. :D

I’m definitely going to have to try this one again. I have to figure out how to perfect that butter part! Also maybe I should mix up the recipe a little. Maybe make some pain au chocolat (chocolate croissants)? Yes please!

I hope you all are enjoying the new lunar year! Year of the Dog! Did anyone make/eat dumplings? :)